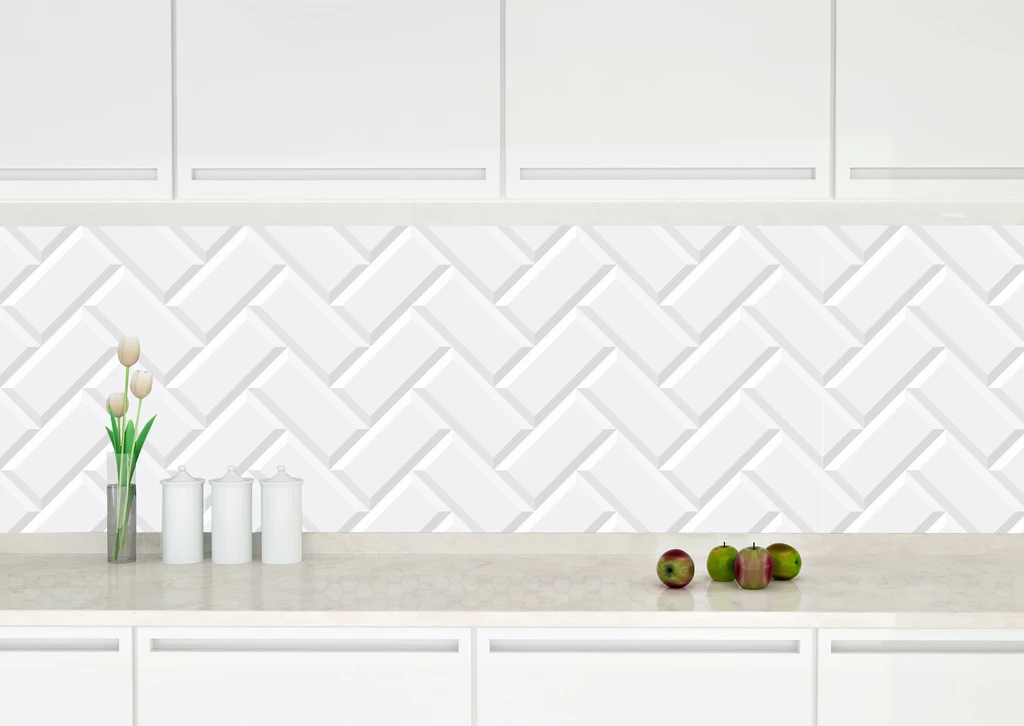 Many people do not fancy the subway tiles too much because they think they can be tedious. Nevertheless, I bet that many of them have only seen a limited number of subway tiles patterns to draw that conclusion. More so, many prominent interior decorators would agree that subway tiles seem not to be going anywhere in terms of trend. Therefore, you had better get to love it and make the best out of it.

Subway tiles are neutral, inexpensive, and timeless, all in one package. I still wonder why anyone would hate them. Perhaps, such people are too engrossed with the effect of cement tile, colored tiles, and mosaic tiles. But even then, you should not hate the fact that subway tiles can bring a new dimension to whatever style you want to create. In a way, subway tiles can tone down to balance the otherwise busy surface of concrete and other materials.

Therefore, the fact that you choose subway tiles does not in any way suggest that you are boring. It only implies that you enjoy retaining flexibility and the ability to recreate your design. So, below are the top 4 ways to use the subway tiles without creating a boring layout in the home interior.

You can create subway tiles for the sole purpose of causing the surface to ‘disappear.’ The part of subway tiles that can stand out of obscurity can also be used to secure any part of the home interior. You may not even notice that the tiles are perfect until you deliberately look in the direction. Therefore, they create hide away the part of the room to create an avenue for other materials and items.

Furthermore, when you create subway tiles to do a disappearing act, the whole idea revolves around other items aside from the tiles. For instance, you cannot have arabesque tiles on an accent wall, but you can lay subway tiles behind a shower faucet in the bathroom. You make it impossible for the wall pattern to get in the way of how you perceive the room. Meanwhile, the center of focus remains in view. In such a use, ensure that the grout you choose has the same color as the color of the subway tiles. Otherwise, the contrast color would bring the tiles into prominence. For example, use white grout for white subway tiles.

Another way to make your bathroom look uncommon is to use a vertical approach to your subway tiles installation. There is practically no rule that says your tiles must always be horizontal or at a particular angle. You can choose to arrange your tiles in any way that you like, only that you may find out that there is already a name for the style you just created. So, in the real sense. Many times, subway tiles will suit the wall perfectly when arranged vertically.

Meanwhile, instead of using the typical 3 x 6 inches subway tile size, why not try the 4 x 10 inches? Experience with this vertical idea suggests that the larger tiles with the vertical spin make the bathroom more different. At the same time, the vertical subway tiles pattern can also add a modern spin to the otherwise traditional look of tiles. However, you may have to do it in the vertical brick pattern on the long ends.

Once you have such creativity in your bathroom, you can add a modern shower and curtains to perfect the look. As a professional, I will counsel that the best way to describe your design to a tiler or designer is to draw it on paper and stick it to the wall. As soon as you outline the example on wall, there is hardly any chance of misunderstanding or misinterpretation of the description. Another tip is that be sure you know that a vertical pattern is different from a vertical brick pattern.  Click here to read about A Full Guide on Ceramic Subway Tiles in Sydney.

In the herringbone pattern of laying subway tiles, the designer creates some fun with the area. For instance, each tile is applied at an angle of 45-degrees to the next, and it can make a bold statement on your accent wall. However, if you intend to make each tile stand out in the pattern, you can use a charcoal grout for white subway tiles. Meanwhile, you can also make each tile at an angle of 90-degrees to each other in the herringbone tile pattern.

On the other hand, the herringbone version two involves laying the tiles in slanting form, even if the angle remains the same. This pattern can also add to the glamour of the bathroom in particular. By the way, we have some professional tips to help you get the best results from the herringbone pattern of subway tiles. The first tip is to ensure that your designer understands how you want the herringbone pattern to go. Draw them out to avoid any misinterpretation. The second important tip is to set a clear goal of what you want to design to be sure when you have it.

The word ‘classic’ does not refer to something being old; it instead speaks of its relevance in the present. For instance, you think of classical songs, and you know that though they were composed several years ago, they remain relevant. If we apply that to what we have with the classic pattern of laying subway tiles, we will discover a new feeling about what you want. Instead of just overshooting the budget with the latest design and materials, stick to the classic choice.

One traditional way to arrange the subway tiles is to have them alternating on top of each other in a brick fashion. You are going to love it on your bathroom walls because of its uniformity. Moreover, you can build on the appearance to make other room parts, such as the ceiling and the floor.

On a final note, the subway tiles do not have to be boring in their pattern except for creativity. But wherever you get professionals to handle them, the ways above will put away doubt and build an irresistible edifice. Tile and Bath Co is also a dependable outfit to meet all your material needs for interior home decorations. We sell all kinds of classic subway tiles to match your needs.